Devi speaks with Traditional Chinese Medicine Practitioner and Master Herbalist, Tim Baglio about the ancient Taoist practice of semen retention for male health, the nature of seminal essence, how semen retention practices “nourish the jing”, and how to recover from excessive or frequent ejaculation.

Listen in for a lively discussion about:
• The role of semen retention for male health and vitality
• When, why, and how often you should practice semen retention
• Is semen retention safe and busting the frequent ejaculation myth
• Herbal supplements to nourish the “jing”

Ever since the publication of the 2016 study by the European Association of Urology, which seemed to indicate that men reporting higher compared to lower ejaculatory frequency in adulthood were less likely to be subsequently diagnosed with prostate cancer, men and women have been asking “Is semen retention safe?”

Despite the media declaring that men should ejaculate as often as possible to stave off prostate cancer, the studies did not actually demonstrate definitively that frequent ejaculation is actually a beneficial practice.

And, they also acknowledged that the seemingly positive effects of higher ejaculation frequency could be due to the positive and beneficial effects of the relaxation which occurs in the nervous system at the point of orgasm.

They also mentioned the fact that the men in the study reporting more frequent ejaculation cycles were more sexually active, happier in relationships, and healthier in general overall.

According to Chinese Medicine stagnation creates illness, so it seems reasonable to surmise that perhaps it was not the ejaculation itself that played a role in lower instances of prostate cancer, but a healthier, happier sex, relationship, and personal life in general that contributed to the findings of these particular studies.

There are a number of other loopholes and flaws in data collection that need to be examined before declaring definitively that frequent ejaculation prevents prostate cancer.

What can be declared from these studies is that frequent sexual activity, which results in orgasm, can have a positive and beneficial impact on overall health and wellness, which may, in turn, prevent some types of prostate cancer developing in the cisgender, heterosexual white men who participated in this study.

Now that is stating the facts.

Listen to Semen Retention for Male Health to learn more! 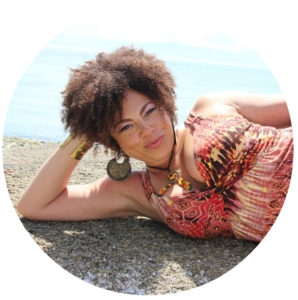 or through one of our Tantra Mastery Programs…CLICK HERE