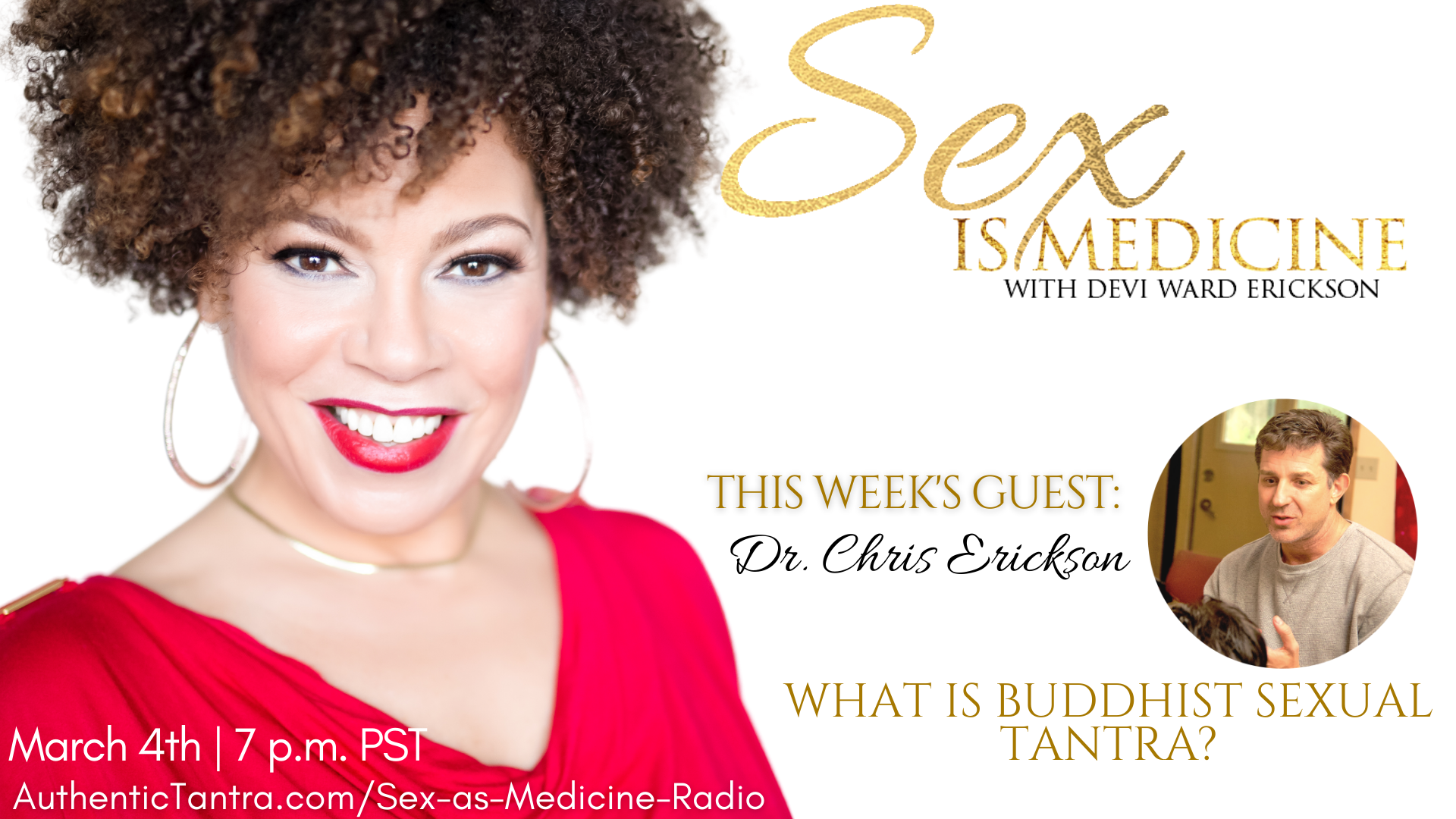 What Is Buddhist Sexual Tantra?

Traditionally Buddhist Sexual Tantra has two paths to realization- that of the monk and that of the Tantrik yogi/householder.

Devi Ward Erickson was instructed in the sexual application of traditional Tibetan Tantric practices by her mentor and was given permission to teach the Tibetan 5 Elements for Sexual Healing by her root Lama, who falls in the latter category of Tantrik Yogi or Ngakpa.

Because most Westerners have been introduced to Tibetan Buddhist Tantra via celibate monks, there is a misconception that traditional tantra does not include or emphasize sexual teachings. Nothing could be further from the truth!

Join Devi and her Tantric Consort, Dr. Chris Erickson as they share a unique perspective on…

Watch the video below:

Dr. Erickson began practicing Authentic Tantra in 2014 and quickly realized the power and efficacy of this potent healing modality.

Chris has dedicated his time and energy as a volunteer for every Certification Retreat since 2014, supporting students of all genders in gaining greater mastery in the art of mindfulness and somatic healing practices.

Dr. Erickson is an accomplished Vajrayana Tantra practitioner, and one of the most advanced male practitioners of modern Tantra in North America.

He is deeply interested in weaving his academic understanding of society with his wisdom as a Tantric practitioner. Dr. Erickson specializes in teaching Tibetan Buddhist Meditation theory and practice, cultivating mindful presence through pleasure, and mastering the art of semen retention.

Dr. Erickson is currently undergoing training to become a certified practitioner of Traditional Tibetan Medicine in 2023.